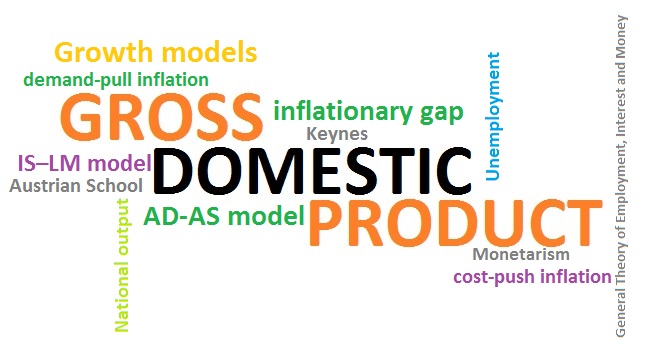 Gross Domestic Product (GDP) is the total value of all the finished goods and services produced by a country during a specific period of time, usually one year. To put it in another way GDP measures the value of goods and services produced within an economy’s borders during a given period. Gross domestic product is a topic of economics that is usually measured by governments and by some international organizations, which depends primarily on government data. These include IMF, World Bank and ADB. It is really important to track because it shows a general assessment of a country’s economy. Usually, if it is growing, businesses are expanding and there are more jobs available.

There is a strong correlation between high Gross Domestic Product growth in a nation and the contraction of poverty, specifically severe poverty. Asia as a region is enjoying great economic growth for previous decades, currently, it is contributing about 60% of global (GDP) growth, and now it accounts for more than 40% of world GDP. This swift economic growth is credited with lifting more than 700 million Asians out of poverty. While swift (GDP) growth is linked to reduced poverty, it has also been associated with rising disparities in income and wealth-creating a wider gap between the rich and poor – which could create political instability.

“Gross domestic product (GDP), the featured measure of U.S. output, is the market value of the goods and services produced by labour and property located in the United States”

Goods are things such as your new air conditioner, or the drink that you purchase. Services include the repairs of your motor car or repair work done by your electrician. It’s only final or finished goods and services that are purchased by you and me that matter for GDP though. The intermediate value is not included in the gross domestic product, therefore, if some tyres roll off a production line and are sold to a car manufacturer, the value of the tyres isn’t included in Gross Domestic Product, it is reflected in the value of the car. The amount you pay, or the market value of that finished good or service, is what’s important as these are added together to get Gross Domestic Product.

How to calculate Gross Domestic Product?

GDP is measured in three ways, adding up:
1. All the money spent on goods and services, minus imports and plus exports.
2. Total value of money earned through wages and profits
3. Total value of goods and services manufactured.
These are known as the expenditure, income and output measures of (GDP), respectively. All three different methods of calculating GDP must produce the same amount. GDP can also be revised at a later date due to changes in the methods for estimating it, or to incorporate less frequent data.

It is a measure of economic production in a country that includes current prices in its calculation. In other words, it doesn’t adjust inflation or the pace of rising prices, which can inflate the growth value. In nominal gross domestic product, all the goods and services are added at their actual prices at which these are sold for in that year. Nominal GDP is normally measured in either the local currency or in U.S. dollars.

Real (GDP) is a measure of economic production in a country after inflation-adjustment which shows the number of goods and services produced by a country in a given year, with prices held constant at the base year in order to extract out the impact of inflation or deflation over the time.

Since Gross Domestic Product is based on the money value of goods and services, it is subject to change in the general price level. Increased prices will definitely increase a nation’s GDP, but it will not affect the quantity of goods and services produced by a nation in a year. Therefore, it is very difficult to decide whether a nation’s gross domestic product has increased in real terms or just an increase in prices pushed the value of GDP up. 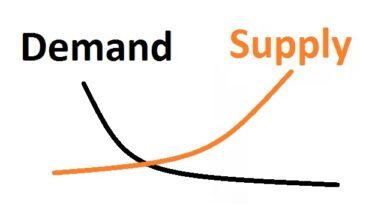 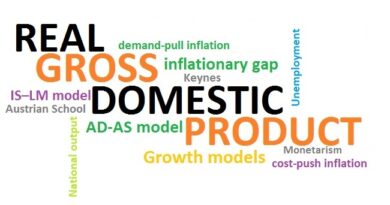 One thought on “Gross Domestic Product”